* You will receive the latest news and updates on your favorite celebrities!

* You will receive the latest news and updates on your favorite celebrities!

Bee Bread VS. Bee Pollen -What are the differences? 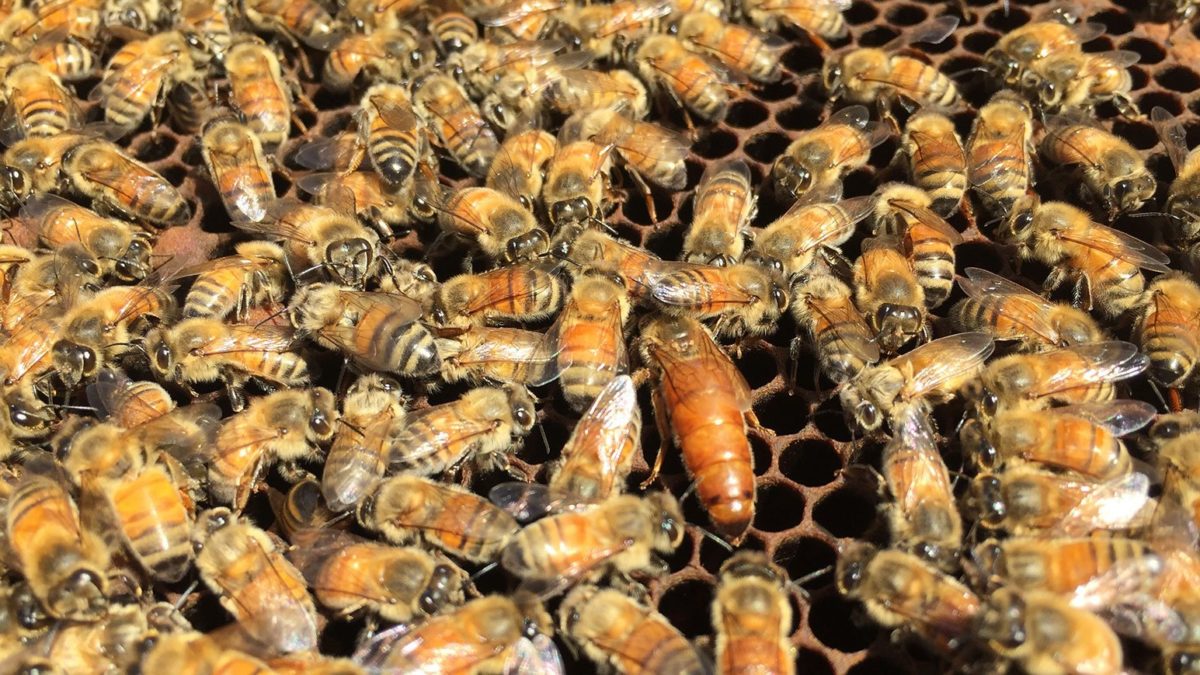 The queen bee is undoubtedly the most important bee in the hive; without which the hive cannot survive. It is in charge of reproduction of species and the only fundamental bee in the colony. Let’s briefly discuss the queen bee.

The queen bee is morphologically different from other bees in the hive (drones and worker bees), of a larger size and with a much protruding abdomen that doesn’t cover the wings. It has a sting, but unlike that of the workers, it is curved and without notches, which allows it to be used without causing severe damage. Just as the drones lack specialized organs for work, they do not perform any of the tasks that are carried out by worker bees.

What Exactly Does the Queen Bee Do?

The primary job of the queen bee is the laying of eggs. It is the mother of all bees in the hive, and it is very efficient in delivering exceptional work: A young queen carries out an order of 1,500 to 2,000 eggs a day. In her little body, she has the ovary (where she keeps the ovules) and the spermatheca (where she holds the sperm of the males) with what decides the sex of the offspring: a male (unfertilized ovum) or a female (fertilized egg). Although this decision is marked by the size of the cells prepared by the workers. We’ll now be looking at some incredible facts about queen bee.

The new queen bee starts her life as an egg laid by the current bee. She’s specially fed with a royal jelly diet, which is a good source of protein secreted from the heads of young worker bees. Even though other larvae in the hive may receive royal jelly, the queen bee is the only adult bee that has the opportunity to receive royal jelly. This food makes it possible for her to be the only reproductive bee.

Once the bee develops from a larva into a pupa within eight days, the worker bees cap the queen’s shell with beeswax. After 15 days, the queen bee makes a circular hole in her shell which looks much like a trapdoor. When she finally emerges, her first job is to destroy any other queen bee pupae. She opens their shells with her stinger or summons them into battle with her piping cry; a sound made by only queen bees.

The New Queen Bee Takes Over the Throne

When other potential queen bee pupae have been completely destroyed, the new queen bee seeks to destroy the old one. Usually, before the new queen bee is born, the old one must have left the hive. However, if both the new one and the old one meet, they’ll have to fight to death. The queen is the only bee in the colony that doesn’t have a barbed stinger. That is, she can continuously sting like a wasp.

The Queen is not Entirely the Decision Maker

It is true that the queen bee is important. However, it is interesting to know that she doesn’t make all the decisions in the hive.

Workers feed the queen inside the hive. She doesn’t feed, groom nor clean herself. So, if the workers don’t take good care of her, her health deteriorates. She relies on her “team” of workers for her everyday needs.

Even though the queen decides where to lay eggs, the workers also play an essential role in that aspect. She’ll never lay eggs if the worker bees haven’t thoroughly cleaned and polished the cell made by the workers or drones.

So, if the colony require drones, the workers have to construct and or keep the drone cells in good condition. If no drones are needed, honeycomb cells won’t be prepared for the queen to use.

Now that’s one incredible fact you didn’t know about queen bees. And we all thought that she’s the “boss lady” in the hive.

The Queen Bee Doesn’t Die if She Stings You

Almost everyone is aware that a worker honey bee dies immediately; it stings a person or other mammal. But a queen bee can sting you and still live up to “share the testimony.” The reason is that a worker bee’s job is to defend the colony. When bees sting an individual, their barbed stinger sticks to the person’s skin making the poison sac of the bee to be ruptured and killed in the process.

A queen bee doesn’t partake in defending the colony. Her stingers are not barbed, but smooth. She uses her stinger to eliminate another virgin queen. However, a queen bee rarely stings humans since she spends most of her time in the hive.

A few days after coming out from her queen cell, the queen bee usually takes a flight on a warm, sunny day; flying to a specific location of drones to mate in mid-air. Before her mating or nuptial flights are completed, she’ll mate with between 15 and 20 drones.

How does the queen bee know where to go? We have no answers to that. There are so many mysteries about the life of bees that we still don’t know, and scientists are working hard to unravel them.

It is interesting to know that if the queen bee mates inside the hive, she’d be mating with her siblings. By mating well away from her “family,” she’s more likely to mate with drones that are not related to her. This is a good development because it encourages genetic diversity.

The Queen Bee Has a Unique Smell

Each queen bee has a distinctive smell. Smell is necessary to honey bees. They use odors as a means of communication.

A queen bee normally emits pheromones. These are like hormones that we have, but theirs is on the outside. The hormones secreted by queen bees are passed throughout the colony. Worker bees spread them via antenna touching and other grooming activities.

As the queen grows older, the number of pheromones she emits reduces and so does her lifetime decrease. Eventually, the colony will get a new queen to replace her. Egg production is the highest in virgin queens.

As egg laying and pheromone levels reduce, her time is running out. She may have the capacity to live up to 3 years, but most colonies do not waste time to replace her.

Although the name queen bee may arouse in our imagination images of great luxuries and opulence, the reality of bees is very different. The queen bee is at the mercy of the hive and not vice versa.

Tags #queen bee
Did you know

Propolis uses and benefits for skin and beauty

How to Cure Allergies with Fresh Bee Pollen

How To Heal Your Mind Using Fresh Royal Jelly

Bee Bread VS. Bee Pollen -What are the differences?